Media, such as newspapers, take their role in shaping public opinions by positioning the readers, either to favor or disfavor with specific issues.  Even though the sources are the same, the news item may be presented differently. This is because the news reportings are socially, economically, and politically conditioned, thus news is always broadcasted from a particular point of view. An attributed source is just one of the ways journalists work to implicitly position the audiences’ inferences whether they want to align or disalign the audiences with their attitudinal position. To understand this attitudinal positioning in journalistic commentary, the current study  identifies and describes the evaluative workings of excerpts of three different newspapers which are called The Guardian Australia, The Jakarta Post (English printed Indonesian local newspaper, and Daily Mail Australia, regarding the Australian Government’s responses to the death penalty for the “Duo Bali Nine” in 2015.  System of Appraisal is used as the framework to help understand how reporters’ voices, in particular, position readers to support particular attitudes and viewpoints, and hold particular beliefs or assumptions about something.  The findings indicate that the three newspapers used affective evaluation at the most although each has different way of amplifying the issues. 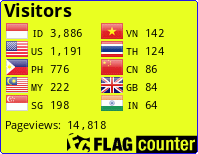